Some detail on the building can be found on the English Heritage Images of England site and there is a most interesting Parish history. Information about the bells in St Leonards can be found at the Keltek Trust.

The Story of Farley and Rowley:

Farleigh Hungerford is a small hamlet some eight miles south east of the historic city of Bath. Today, its main feature is the ruined medieval castle which is opento the public and well worth a visit. In the middle-ages Rowley, (known originally as “Wittenham”, and mentioned in the Doomsday Book) was situated half way between Farleigh Hungerford and Westwood. It disappeared some 300 years ago but one can see mounds in the fields on both sides of the road where buildings and streets formerly existed.

Evidence exists to show that the lands owned by the Lord of the Manor extended to Westwood, Trowle Wingfield and Iford with a Church (St.Nicholas) and a Rectory somewhere within the boundaries. The precise location of these buildings is unknown but there is a distinct possibility that they were situated where the roadside wastelands widen Out on both sides of the road, an area known at one time as Holy Green then Rowley Common but sadly now used as an unofficial refuse dump and stolen car crematorium! 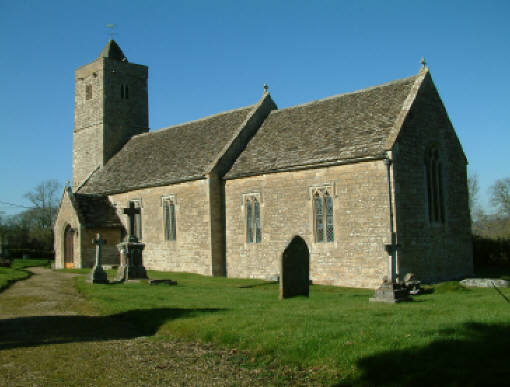 The Area during Roman Times:

The four or five hundred years of Roman occupation were peaceful and prosperous years for the village. Situated close to Bath (known as Aqua Sulis), it supplied the food, fruit and wine for its mainly Roman citizens. In the Farley and Rowley areas there were known to be Romano British villas and farms and on a hill above Stowford, indications of a military encampment.
In 1822 the foundations of a villa were excavated in a field just north west of Farley Castle, disclosing the remains of a building of considerable dimensions and quality. A number of Roman coins were also unearthed. To the east of the Castle ruins, the field is terraced and this may have been the site of one of the vineyards which produced the wine for the Roman legions of Bath.

After the withdrawal of the Romans, the Saxons made considerable conquests in Essex, Sussex and Wessex before their advances were halted in the major battle of Badon (in Welsh, Bathon), when a Welsh warrior, who became known as King Arthur, inflicted a shattering defeat on the Saxon invaders. The site of this bloody battle is now believed to have been at Little Solisbury on the Outskirts of Bath and about 7 miles from Farley and Rowley. It was common in those days for the retreating army to loot and destroy any villas and farms and put the residents to the sword – this was probably what ended life in Rowley and Farley came to an end. The battle of Badon took place about AD520 and a recent book written by Graham Philips and Martin Keatman entitled “King Arthur and the True Story” provides very convincing arguments that it took place at Little Solisbury.
King Arthur proceeded to drive the Saxons from Wessex and Sussex but unfortunately was killed at the battle of Camlaun or Camelot as it became known later. His life and death became the subject of many romantic legends and myths which continue to be of interest today.

Life after the Battle of Badon:

As most of the landowners and farmers had been killed the peasants were left leaderless and tried to scratch out a living from the land. Monks from nearby Charterhouse did manage to restore some civilised behaviour and were responsible for setting up two churches with rectors and rectories, one being St. Leonard’s at Farley and the other St. Nicholas at Rowley. The present Chapel building in the ruined remains of the Castle was the Parish Church of Farley. It lasted until a new Church was built in 1407 and consecrated in 1443. Unfortunately, little information is on record about the area for the next 500 years.

Farley and Rowley at the Time of the Norman Conquest:

It is known that a manor house existed on the site of the present Castle ruins in Farley, the property being bestowed by King William on one of his followers, Roger de Curcelle, upon whose death it reverted to the Crown. William Rufus subsequently granted it to the Montfort family and from them it passed to Bartholomew de Bunghersh in the early years of the reign of Edward 111. It was sold in 1370 to Sir Thomas Hungerford of New Sarum, Steward to John of Gaunt, Duke of Lancaster.

Nothing remains of Rowley today though aerial photographs have revealed the whereabouts of mounds in the fields where the houses and streets would have been. It is not known when the last residents left Rowley but local folklore has it that they all perished from the plague in 1659 and none of the people from adjoining villages dared come to their aid for fear of the disease.
It is also said that the roof of the mill at Iford came from the Church of St. Nicholas at Rowley.

Once Sir Thomas Hungerford was established at the Manor House the village became known as Farley Hungerford instead of Farley Montfort. The names “Farley” and “Rowley” are believed to have been derived from “Fair Lay” and “Rough Lay”, i.e. “fair land” and “rough land”. Whether this was so no-one knows; what is known is that Farley was in the Diocese of Bath and Wells while Rowley was in the Diocese of Sarum. From this division certain important matters had to be resolved.

Joseph Houlton of Bradford-on-Avon was in the wool trade in both Bradford and Trowbridge and bought Farleigh Castle and all that remained of the land in 1730. He then proceeded to build a large Manor House about half a mile from the ruined castle using a great deal of stone and ornaments from the ruins. He died in 1765 and the Manor and estate remained in the Houlton family until 1899 when Sir Edward Houlton died with no male heir and it was sold to Earl Cairns in 1906.
The Houlton family boasted a number of prestigious members – Rear Admiral John Houlton (died 1791) and Sir George Houlton (died 1862) were both distinguished officers in the Napoleonic Wars; Joseph Houlton was an overseer of the Parish along with Joshua Shrapnel, father of General Henry Shrapnel who invented the grenade used in the Napoleonic Wars.
Members of the Houlton family set up various charities to bring relief to the poor, repair the Chapel in the Castle and to assist school children. Being very small by today’s standards they have all been wound up with the exception of The Houlton’s Educational Foundation which still provides a useful source of grants for children in higher education establishments. At some date during the 19th Century, the Houltons also provided piped water to most of the village and some of the houses they owned in Tellisford. The supply of water was obtained from a spring in the “Jousting” field and piped to one of the water wheels on the other side of the road (now part of Castle House). From there the water was lifted to the water tower almost opposite the Church and then on to the Manor House and the village. This system remained in use until 1970 when mains water was laid on.

Farleigh is on the River Frome which was a fast running river suitable for the construction of weirs and mill streams. In 1548 there was a fulling mill which was probably situated at the point where today the public footpath meets the private road past the houses and where can now be seen large mounds all overgrown.
In more modern times a large four storey mill used for fulling existed in the present garden of Castle House and was one of the last to remain open in surrounding villages until it was closed down in 1910.
Along the south side of the river once stood a row of picturesque cottages which were occupied by mill workers whose spiritual needs were looked after by a non-conformist Minister who had a chapel and residence built in 1850. Unfortunately the cottages were regularly flooded and were subsequently demolished in the 2Oth century as being unfit for human habitation while the Chapel had fallen into disuse at some time in the late 19th century.
In the l8th and 19th centuries, North Somerset and West Wiltshire were the Industrial Belt of England, producing the famous West of England cloth. Trowbridge and Bradford towns were the centre of the trade and at one time the district had more than 700 mills, all of which have long since gone. In the second half of the 19th century there was a great deal of unrest amongst mill workers due to the fact that most milling was being carried out in the north of the country where steam was being used instead of water. Unfortunately because of the hills out of Radstock, (then a coal mining community) it was uneconomic to haul coal by road so that steam power could be used instead of water. To overcome this a canal, known as the Somerset coal canal, was constructed from Radstock to Limpley Stoke but it took so long to construct because of the number of locks and other problems, that by the time it was operational all the woollen manufacturing had gone up north. At that time there was great poverty in the Frome valley and many of the labour force left to seek their fortune in the North of England, Australia and the Americas.