a group of volunteers known as the Fabric Fund Committee who look after the church buildings and carry out the necessary fund-raising and organising of events in order to do this.  If you would like to offer your services to help us out please contact David Lockley Tel: 01373-834414.

Abandoned but not forgotten

Alok Pal, at just 19 years of age, was very excited to be joining his first vessel. He worried little at the time that his family had paid $5,000 to a shipping agent to secure his passage because he had been promised that he could pay that back and make a sizable amount during his 12 month contract. He left Mumbai bound for Bandar Abbas Port in Iran and joined the MV Azraqmoiah on a warm morning in June 2017. Almost immediately his story, and that of the rest of the 9 crew on board began to turn sour. The first signs their would be trouble was after two months when family at home began to report that no salaries had been paid, then the company began cutting communication, eventually the ship, along with 5 of their sister vessels found themselves waiting at the anchorage off of the coast of Sharjah. As I write this they have been waiting for more than 20 months and still no salaries have been paid, supplies arrive infrequently, and usually only thanks to the kind hearts of others who have now heard about Alok and his crew mates stories and what to do something to help.

That is where the Mission to Seafarers comes in.

The word ‘mission’ in Arabic directly translates to mean present, gift, or parcel. So one of our areas of service is to take the generous donations of others and deliver them on board. Yet the story of Alok Pal is repeated time and time again across the Arabian Gulf and beyond, so the Mission also spends a good deal of time advocating on behalf of seafarers like Alok. Standing up for their rights. We are committed to ensuring that whilst they may have been abandoned in the eyes of the law, they are certainly not forgotten. We hope that by hearing his story and by catching a glimpse of the work we are doing across the region. You might also be inspired to join the ‘Mission’ and play your part in enabling us to take gifts to those in need. Practical gifts to ensure they can eat, and drink but also the gift of life that is truly life, as we seek to ensure that no seafarer who is abandoned is ever forgotten. That all get the chance to return home safely and with their pay and conditions fully met. That is why we spend a good deal of our time and efforts simply visiting seafarers, to remind them that are of worth and value. That they are beloved.

The heart of who The Mission to Seafarers is and what we do remains at its core the same as it was when we first arrived in the Middle East 130 years ago. That was to Port Said in Egypt, and within 30 years we had ‘mission stations’ in 6 ports in the region. Over the coming months we hope to re-establish some of these in Port Said, Basra, in Jeddah, Saudi Arabia and even in Aden, Yemen. It is an exciting oppourtunity to remind people through our presence that they are valued and loved, not just by us, but by God.

So how are you offering your gifts to vulnerable?

Who are those around you who are in danger of being forgotten?

The greatest gift that you might be able to give them is of course your presence.

Between Easter and Pentecost Christians spend a period of time waiting for the arrival of the comforter, the helper, the advocate – the Holy Spirit. In recent times this has included some creative approaches to prayer under the banner of ‘Thy Kingdom Come’ an initiative of the Archbishops of York and Canterbury. It is a good time to reflect on the gifts we have been given as well as asking God for an increase in some of those that we long to see growing more in our lives.

It is a time to be reminded that the world we long to see, is one where His Kingdom is evident. And that is one where all are known by name, none are forgotten and where all the abandoned and broken can find a home.

Ubumuntu – A deep sharing with one another

‘We are a Mouthpiece for truth and justice’, our 5th M’ as we look to focus on being equipped for our frontlines.

“A person who has Ubumuntu is someone who has greatness of heart. In the context of the Genocide against the Tutsi, Ubumuntu refers to those who selflessly risked their lives to rescue or help those who were persecuted. We can all be champions of humanity by standing against division wherever we live”

This paragraph is found on tags in the shops, and on flyers and posters all around the Kigali Genocide Memorial in Rwanda. It is here that I am preparing this week as I attend a theological symposium on God’s jubilee and poverty. The memorial opened its doors in 2004, for the 10th anniversary of the genocide and it is the final resting place for more than 250,000 victims of the tragedy. Located in the middle of the capital city it is a public space of remembrance but also a place to learn from the mistakes of the past and to move forward with a promise. ‘Never again’ says the curator as we talk ‘It is with this in mind that the concept of ‘Ubumuntu’ emerged, to inspire all who visit to uphold this value which drives our nation now.’

Remembering, learning, moving forward with a renewed hope, are all marks of a whole life disciple.

To be a mouthpiece for truth and justice whether we realise it or not, this is something that we get to do everyday. It can be as simple as refusing to engage in gossip at the school gate, or speaking up for the colleague who has been overlooked.

Or it can be bigger – running our patch, the area of responsibility that God has given us, well. Making sure other people get the credit they deserve, ensuring that even those who don’t seem to quite fit in, get heard and listened too.

Big or small, being a mouthpiece for truth and justice looks like standing up – often at a personal cost – to promote good, fair and just practices, and to promote these at home and abroad.

May we each be filled with the courage that we need to follow the call of Ubumuntu and as we remember the sacrifice of Jesus today may we commit once more to be people of justice. 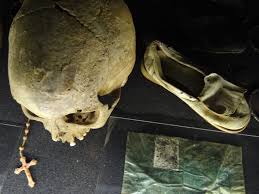